On the morning of June 7, 2016, Gurung died at age 79 during the course of his treatment at the Grande International Hospital. Gurung had previously undergone treatment for a tumor in his esophagus. Gurung was rushed to the ICU and was kept on a ventilator the previous day.

Byakul Maila (Pradeep Kumar Rai) is the lyricist of current Nepalese national anthem titled Sayaun Thunga Phool Ka. His writing was selected to be the national anthem of the newly declared Republic of Nepal in November 30, 2006 out of 1272 submissions. The new national anthem is meant to be representative of the new era in the history of Nepal, after the abolition of monarchy in 2006. Amber Gurung composed music for the song 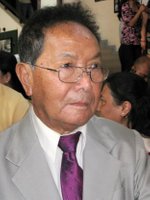 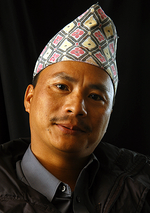